“He gives strength to the weary and increases the power of the weak. Even youths grow tired and weary, and young men stumble and fall; but those who hope in the LORD will renew their strength. They will soar on wings like eagles; they will run and not grow weary, they will walk and not be faint.”

A man was not feeling up to par, so he made an appointment and went to see his doctor. Unfortunately, when the doctor entered the examining room it was not his regular doctor, but an intern. The intern told him that his doctor had been called out of town on an emergency and that he was filling in.

More than a little apprehensive, he allowed the intern to examine him and perform a number of diagnostic tests. After twenty minutes the intern came back into the room with a serious look on his face. Looking down at the paperwork in his hands, the intern said: “Sir, I have very bad news. You have a very short time to live!”

This was like a slap in the face to the man. He looked at the young intern and blurted out: “I demand a second opinion!” Without flinching, the intern said: “You’re ugly too!” That is a terrible joke to begin the week, but I hope you will stay with me as we explore the importance of attitude in the life of the believer.

I never want to belittle the ordeals that people encounter. Perhaps the worst thing we can say to someone who is going through a “valley of the shadow of death” experience is: “I know what you are going through.” We don’t! It is impossible for us to know what is causing the pain within a person. But the Lord knows!

I vividly recall sitting at the bedside of our daughter as she was dying. Joyce had gone home and it was just Brenda and I in that quiet room. In the past weeks I had remembered her as a little girl in a frilly pink dress. Now she was a mother of three beautiful children, just moments from ascending to be with the Lord.

This was no time for me to focus on the loss, but on the joys that awaited her in glory. As I focused upon the glory which awaited her, I almost felt a pang of homesickness for heaven. One of the Scriptures I quoted for Brenda was Psalm 23. Verse 4 was especially precious: “Even though I walk through the valley of the shadow of death, I will fear no evil, for You are with me.” It was this promise that made her funeral a few days later a celebration of praise.

Some people experience sickness and incapacitation of one sort or another. In those times it is well to consider the way God’s people have suffered across the centuries of time. Some of the greatest songs or poems of praise were penned at times of suffering.

Fredrick Lehman penned the words of the old hymn, The Love of God. Actually, he wrote only the first two verses. The third verse was written nearly one thousand years ago by a Jewish songwriter. They were found penciled on the wall of a patient’s room in an insane asylum.

The general opinion was that this inmate had written the epic in moments of sanity. Listen to the words:

“Could we with ink the ocean fill,
And were the skies of parchment made,

Were every stalk on earth a quill,
And every man a scribe by trade,

To write the love of God above,
Would drain the ocean dry.

Nor would the scroll contain the whole,
Though stretched from sky to sky.” 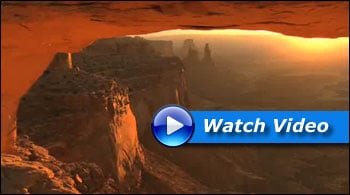 Each of us is given a choice in dealing with the pain and agony of this life. We can sigh and moan about how hard our situation is, or we can soar above the circumstances and praise the Lord from whom all blessings come! I, for one, choose to soar! Come and soar with me!

Blessings dear hearts. Walk with God today. Trust Him completely and be a blessing.