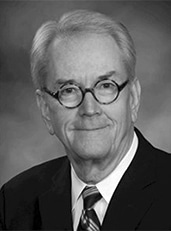 Dr. J.K. Warrick is currently the Pastor at Parkview Church of the Nazarene in Dayton, Ohio.

Dr. J. K. Warrick served as General Superintendent from 2005 to 2017. He was elected to the Board of General Superintendents by the 26th General Assembly held in Indianapolis, Indiana, in 2005. Previously he pastored churches in Oklahoma, Texas, Florida, Ohio, Indiana, and Kansas. Just prior to his election, he served for nearly 12 years as pastor of College Church of the Nazarene in Olathe, Kansas.

A pastor at heart, he considered his role as general superintendent an opportunity to join his colleagues in shepherding the global church. He has a heart for church planting, evangelism, world missions, discipleship, and compassionate ministries. Central to his ministry is the encouragement of the people of God to find a place of service and ministry in the church and community. He is passionate about equipping pastors and laypersons to be missional leaders.

Dr. Warrick has been married to Patty (Delores J. Ouzts) since 1967. They have two married adult children, Brad and Jill, and seven grandchildren.

Hope is more than mere wishful thinking. Hope is a vital necessity of life?a gift that God wants to give to you. And in a world that regularly writes dreams off as foolish and drains the hope from the heart with dark pessimism, Hope Again is a voice crying in the wilderness . . . a word of enthusiasm for life in the midst of any difficult situation you are in.

What if your life hasn’t turned out the way you dreamed it would?
Popular Bible teacher Chuck Swindoll invites you on a journey through Scripture, exploring the hope the Bible offers to those who are dealing with life’s unexpected detours. Life can be humming along as usual, and then in a matter of seconds, everything falls apart. Maybe you have experienced sudden loss. Perhaps there is a heart-breaking betrayal. Maybe you are taking care of a family member with a disability and you never imagined in a million years that you would be doing such a thing. Life rarely follows our rules for it. There are U-turns and S-curves none of us are prepared to endure. This book is Chuck Swindoll at his best, opening Scripture and finding hope and wisdom for those who are struggling with the unexpected situations life has thrown at them.

The complete 16-volume set of Swindoll’s Living Insights New Testament Commentary draws on 13-time Christian Book Award winner Chuck Swindoll’s more than 50 years of studying and preaching God’s Word. Each volume includes both the NLT and NASB translations of the Bible, verse-by-verse commentary, charts, maps, photos, key terms, and background articles with practical application. A must-have for pastors, teachers, and anyone else who is seeking a deeply practical resource for exploring God’s Word.

The Swindoll Study Bible offers the best of Chuck Swindoll’s wit, charm, pastoral insight, and wise biblical study directly to you as you study God’s Word. Chuck’s warm, personal style comes across on every page, and his informed, practical insights get straight to the heart of the Bible’s message for the world today. Reading each part of this NLT study Bible is like hearing Chuck speak God’s Word directly to your heart. It will both encourage readers’ faith and draw them deeper into the study of God’s Word.

Check It Out
Font Resize
Accessibility by WAH